Java programming is broadly characterized as a concurrent, largely class-based, object-oriented programming language. The goal of the Java language development process is to minimize implementation dependencies. It has been one of the top programming languages for many decades now. Learning the language through a java certification course will help unlock immense opportunities in today’s booming IT sector, permeating many domains across industries.

How does Java programming language work?

The Java programming language operates under the WORA (Write Once, Run Anywhere) principle, which generally means that once the code is compiled, it can be executed on all platforms that support Java without needing to be rewritten. Java is a statically typed programming language for IoT, enterprise-class applications, and web and Android development.

The IT industry has expanded dramatically since its inception in the 1990s, according to IBEF. Starting with only 5000 employees and exports of almost $100 million, the IT industry has grown to $90 billion in 2019 and currently employs 4.1 million people.

The Indian IT industry is worth $177 billion and is expanding at a 6.1% annual rate. According to current projections, the IT sector will grow to $350 billion by 2025. Previously, in 2018–19, India’s IT industry expanded significantly, with $181 billion in IT exports.

Java Developers are the Java programming language’s future. The future of Java developers is changing, from middleware to working on mobile applications. Core Java, Spring, JavaScript, HTML, CSS, databases, and other client-side programming are all things that Java developers need to be familiar with.

A DevOps Engineer must apply various DevOps and Java app development principles. Given that continuous integration will be a part of the work, you will be the people-first approach. Instead of using massive Java applications, microservices will be used. Continuously releasing production codes and updating them as necessary are required for the task. The final Java app will need to be tested before going into production.

A solution architect develops a technical vision for an organization’s hindrance’s particular task. You will be in charge of managing and designing the solution as a problem solver. A Solution Architect is essential because software products are developed based on the current environment and technical considerations.

Creating mobile applications is one of the more promising Java career paths. The main responsibility of this position is to address the difficulties associated with using the cloud to improve the user experience. This career is needed in every sector from retail to telecommunications, healthcare, the food industry, e-commerce, government organizations, and others. Employers require employees to create mobile applications that meet their needs and profit the company.

There are opportunities for Java web development if you are knowledgeable about other frameworks, have experience with web technologies, and can create Java web projects. Java developers in India have a promising future. The rise of initiatives like Digital India can only be credited to Java web developers. Thus, technical expertise must be of the highest caliber.

In a day of Java Programmer

Programs are designed and made by Java programmers. Technology companies might create software or applications. To produce these programs, these experts hone their coding abilities. They might perform freelance work or work for an organization. Java developers work with web developers to update programs, write new, and modify existing code. To ensure proper operation, they test their applications as well. Other tasks they perform include:

Collaboration is the ability of several people to work effectively together to complete a task. Because they frequently work in teams with other developers, stakeholders, and other programmers, Java programmers should be proficient in this area.

Time management is prioritizing multiple tasks to complete a project or task by its due date. Java programmers frequently work on several projects while performing other tasks, so they must have good time management skills to finish everything on schedule.

Problem-solving is the process of identifying original solutions to problems as they arise. Java programmers frequently discover problems or errors in their coding, so they employ problem-solving abilities to figure out what went wrong and how to fix it.

A Java developer, which includes Java programmers, earns an average yearly salary of $114,301 in the United States. These professionals’ salaries may vary depending on several variables, including the size of the business, the location of the position, and the degree of programming experience required. A Java programmer with more credentials, such as degrees and certifications, may earn more than one with fewer credentials.

The employment outlook for software developers, such as Java programmers, may increase by 22% from 2020 to 2030, according to the United States Bureau of Labor Statistics (BLS). This might result from expanding technological innovations like computers and smart devices. The need for Java programmers may grow along with the demand for technology.

Java has been in demand for quite a long time and will be for most use cases in today’s digital requirements of our society. The best part is that you can start learning Java today without much initial investment. The accessibility factor for resources is very less when learning the Java language. The market is open to skilled programmers who can solve real-world problems. So start today and skill up.

An Overview of Purchasing A VPN Service

What is an Air Conditioning Pad? Do I need one?

The Furnace Flame Sensor: What Does it Do?

iTop VPN For PC – The Different Benefits of Using a VPN

An Overview of Purchasing A VPN Service

What is an Air Conditioning Pad? Do I need one?

The Furnace Flame Sensor: What Does it Do?

iTop VPN For PC – The Different Benefits of Using a VPN

Should You Advertise on TikTok in 2023 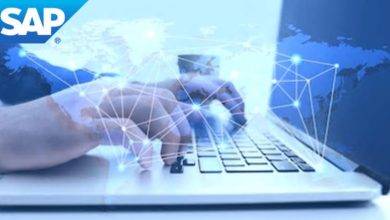 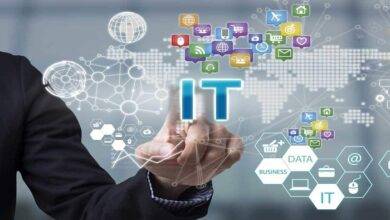 IT market perspectives in the post-Covid period 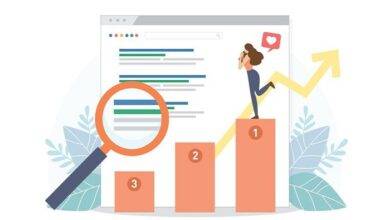 What are Brand Mentions and How to Get It Done to Increase Your Rankings?